Do you want Peace In Your Heart?

Take a "Retreat Pilgrimage" to Medjugorje

We are Authorized Pilgrimage Organizers to Medjugorje since 1987

We offer the Best Official Guides in the Medjugorje

Ivanka and Zeljko have been working with pilgrims since 1987
Join Us Today!

We're Official Pilgrimage Organizers to a Shrine like no other

In Our Lady's own words: "I have come to tell the world that God exists. He is the fullness of life, and to enjoy this fullness and peace, you must return to God."
Join Us Today!

MEDJUGORJE PILGRIMAGE
May 2023
Please call now to reserve your spot

Tentative Price Based on Estimated Airfare

(Departs from Portland, OR) 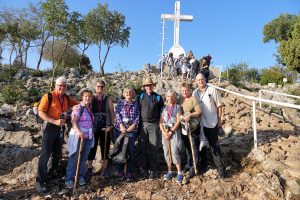 The Blessed Virgin Mary has been appearing to six children (now adults), in a small village in Bosnia-Herzegovina called Medjugorje, from June 24, 1981, until the present. She is only visible (except once) to the six people. She still appears daily to three of the six people and appears once a year to the remaining three people. In addition, she appears once a month to two of the people. She has given a total of ten secrets to three of the people, and nine to the remaining three. After all six people have all of the ten secrets, she will stop appearing to them daily, and the secrets will begin to happen. Some pertain to the local area and visionaries, and the remaining are for the entire world. The third secret is a beautiful indestructible and not from this world sign for all non-believers to see and convert, which will be left on Apparition Hill, the site of her first appearance. The seventh secret has been diminished through prayers and fasting. The ninth and tenth secrets are chastisements for the entire world. In Our Lady’s own words,

I have come to tell the world that God Exists. He is the fullness of life, and to enjoy this fullness and peace, you must return to God.

The First Week of the Apparitions

Experience Medjugorje and Our Lady's Messages

Firsthand Witness of Fr. Leon Pereira, Chaplain to English-Speaking Pilgrims in Medjugorje about his personal Medjugorje testimony and the Five Stones. 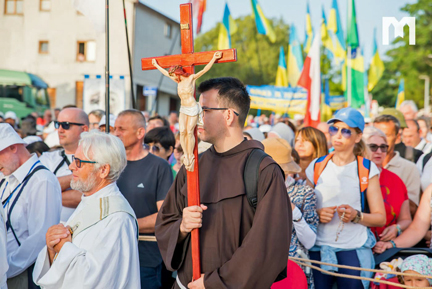 “Dear children!  I rejoice with you and thank you for every sacrifice and prayer which you have offered for my intentions.  Little children, do not forget that you are important in my plan of salvation of mankind.  Return to God and prayer that the Holy Spirit may work in you and through you.  Little children, I am with you also in these days when Satan is fighting for war and hatred.  Division is strong and evil is at work in man as never before.  Thank you for having responded to my call.” 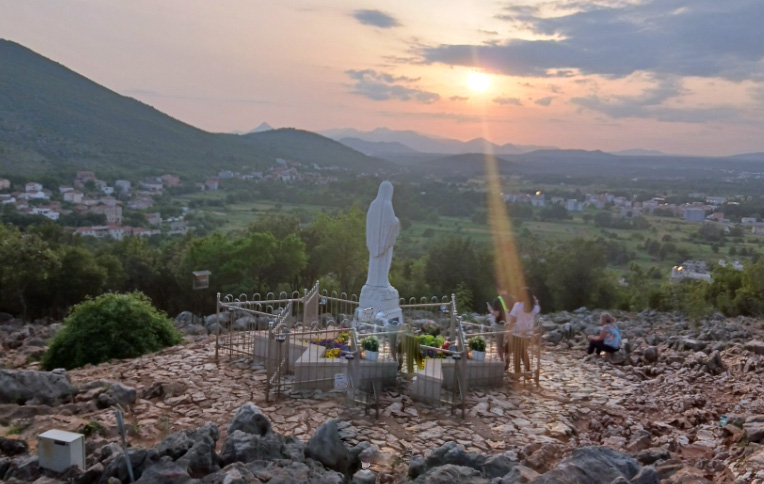 “Dear children!  I am looking at you and thanking God for each of you, because He permits me to still be with you, to encourage you to holiness.  Little children, peace is disturbed and Satan wants peacelessness.  That is why, may your prayer be even stronger so that every unclean spirit of division and war may be stilled. Be builders of peace and carriers of joy of the Risen One in you and around you, for the good to win in every man.  Thank you for having responded to my call.” 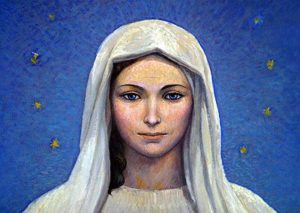 “Dear children!  I am looking at you and I see that you are lost.  That is why I am calling all of you: return to God, return to prayer—and the Holy Spirit will fill you with His love which gives joy to the heart.  Hope will grow in you, also for a better future, and you will become joyful witnesses of God’s mercy in you and around you.  Thank you for having responded to my call.”