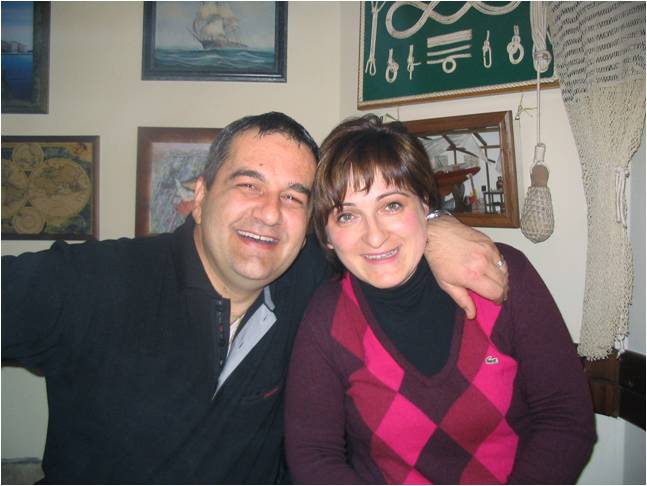 Ivanka and Zeljko have been working with pilgrims since 1987. They started in a travel Agency from Dubrovnik. It is in Medjugorje where Ivanka met her future husband Zeljko Petrovic and married in December of 1988. Zeljko finished his University of Economics program and was very good in German and English language. Due to the war situation, some health problems and family obligations Ivanka had to stop studying German language and literature in Sarajevo. There was a great desire for the education but another love was stronger. It was the love for the family. According to Ivanka and Zeljko, their greatest achievement is their family of four children. Two of their children are already at the University and the other two will hopefully get there in few years. Their goal is to teach their children the most important values of life. On the top of the list is their faith. Besides Ivanka’s demanding job and many family obligations, in 2012/13 she was able to finish the University in Mostar and she became a professor of English language and literature. Her goal was to show to her children how important education is. One can reach a lot, if there is a good will and persistence.

The other great thing in their life is that they have a job that they really like.  They love Our Lady and they feel so blessed to work for her.
They started their small family business right after the war and during this time they have worked with pilgrims from all over the world. Zeljko makes all the travel arrangements for the pilgrims, including accommodation, transportation, excursions to different Shrines. Ivanka is a member of the Association of Guides for Pilgrims in the Parish of Medjugorje. In order to become a guide, one has to pass several exams on the State level and the Parish of Medjugorje. Working with pilgrims, Zeljko and Ivanka got to know the visionaries very well. Ivanka was a guide for Jacov’s, Mirjana’s and for the last 6 years she works for the groups staying at Ivan’s.

They work with Harvest Pilgrimages from Australia, Executive Resources from Philippines, Mexican groups from Mexicali and Tijuana and, of course, many American groups. They have worked with Center for Peace West from Portland, Oregon since 1994. Both, Ivanka and Zeljko have visited Oregon. Ivanka came as Mirjana’s interpreter in 1995 and Zeljko came with Fr Branimir Musa in 1999. They have a strong connection with volunteers from the Center: Marie, Kristin, Maria, Frank, Colleen, Karen, Jeff, Becky and many more. One of the special privileges for Ivanka and Zeljko was to host Bishop Kenneth Steiner, as well as 11 Priest and a seminarians all from Oregon.

It is truly a gift and a great responsibility to work with those who are invited by Our Lady to come to Medjugorje.  It is impressive to see people whose , lives have been completely changed by their pilgrimage especially those who go to Confession after 40 or 50 years, all those who were desperate and now they have hope.